The processes occurring in the atmosphere, oceans, freshwater bodies, ice, soils, and flora growing on the land surface are the focus of Earth system science. It entails establishing links between the soil and atmosphere, as well as the energy from the sun, and the gases and particles that enter the atmosphere and oceans from space or from the molten and solid rock layers beneath the Earth's surface. The goal of Earth System Science is to learn how the Earth is changing and what it means for life on the planet, with a focus on predicting and mitigating negative consequences. The earth system is an integrated system in and of itself, but it can be broken down into four main components, subsystems, or spheres: geosphere, atmosphere, hydrosphere, and biosphere. These components are systems in and of themselves, and they are intricately linked. Earth system science posits a comprehensive picture of the dynamic interplay between the Earth's spheres and their numerous constituent subsystems' fluxes and processes, as well as their variability, stability, and instability. Systems geology and systems ecology are subsets of Earth System science, and many aspects of Earth System science are crucial to physical geography and climate research. Environmental science is an interdisciplinary academic area that studies environmental problems and human impacts on the environment by combining ecology, geology, meteorology, biology, chemistry, engineering, and physics. Environmental science is a quantitative subject that includes both applied and theoretical parts, and it has influenced government policy all around the world. Environmental science is distinct from environmental studies, which focuses on the human-environment link as well as its social and political components.

Title : Geo-information for Conservation Strategy of Archaeological Heritages in an Alluvial Terrain (Bangladesh) in the Context of Climate Change

Title : Geomorphic evidence of the tectonic delamination of the upper crust in central tien shan

Title : A Laboratory Study on the geohydraulic Properties of Sand under Saline Water Submergence 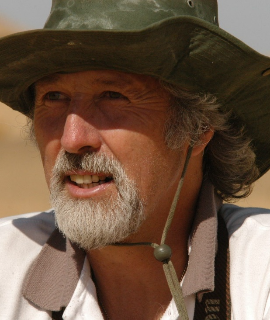