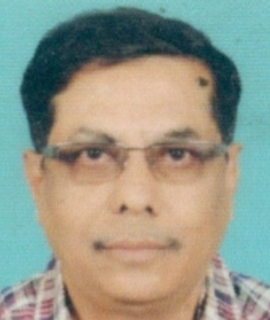 The present study delves into the exploration of Heavy minerals in the coastal sands of Podampata area, using thermal imagery followed by ground trothing based on in-situ studies. The coast of Odisha is replete with placer deposits of beach origin. With the advent and evolution of green technology and miniaturization of electronics, the use of REEs is increasing day by day. It becomes increasingly important to utilize our indigenous resources and without any untoward effect to the ambient eco-system. Unsustainable exploitation is highly detrimental not only to the beach system but also to the ecological balance of the area. In the present study, we have tried to pin down the specific aspects of concern, in the study area, in Odisha, where REE- bearing minerals are present extensively. Remote Sensing data available in public domain was used to carry out the present research work. For thermal imagery study, we have used Landsat-8 data. Subsequently field studies involved, sample collection for laboratory studies and radiometric reconnaissance survey with Gamma Surveyor 2 instrument along with Micro R survey meter. The abundance of trace elements, REEs, and radioactive elements was analyzed using instrumental neutron activation analysis (INAA) in the core sediments. The Th/U ratio is nearly nine times higher in each core sample and has a positive correlation with the total rare earth elements in the study area. A depth of 2–2.5 m in the respective core samples is an economically viable zone for exploration and possible extraction  of REEs and other critical metals enriched in the heavy minerals. Finally, an attempt was made to integrate the results obtained from remote sensing, field data and geochemical data, to obtain a robust surface as well as subsurface manifestation of the heavy mineral placers. Successful implementation of the current methodology can be replicated for the entire Eastern coast of India, for sustainable exploration and extraction of REE bearing minerals.

Dr. Debashish Sengupta is currently Professor (H.A.G) at the Department of Geology and Geophysics in Indian Institute of Technology, Kharagpur. After completing the PhD in Physical Research laboratory, Ahmedabad, he joined in the department as faculty member in 1990. He has been involved in various research applications of nuclear geophysics, geochemistry, Environmental Science, Radiation detection, Radiation dosimetry in earth science more than thirty years. He has associated with various international research groups from University of Rome Tre, Italy and USGS. He has received awards for his extensive contribution by  national as well as international agencies. He has published more than 140 research articles and 30 book chapters.