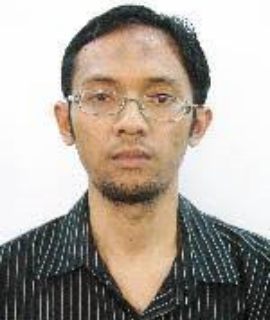 Title : Monitoring of deformation, space observation, and socio-economic impacts due to the 2021 eruption of mount semeru by using geospatial analysis for multi aspects early warning system

The high accuracy of positioning using the Global Navigation Satellite System (GNSS) has been widely used in geodynamics and deformation studies. To mitigate volcanic disasters, GNSS is not only limited to the role of measuring deformation of the area, GNSS also plays a role in mitigation through space observation, especially in the ionosphere and troposphere layers of the earth. In the troposphere, GNSS has an important role in observing the impact after an eruption. The GNSS signal propagation delay can be used to determine the Zenith Tropospheric Delay (ZTD) and Precipitable Water Vapor (PWV) variables. On December 4, 2021, Mount Semeru (East Java, Indonesia) experienced an eruption caused by fallen lava dome. Therefore, the value of water vapor content will be associated with rainfall data at several points. The aim is to analyse whether there is a possibility of the influence of heavy rainfall on volcanism activity on Mount Semeru in the period of November 2021 - January 2022. These two variables will be processed together with remote sensing satellite data to analyse the dominant particle and gaseous content in the eruption.

Observations of ground deformation, analysis of the content of particles and gases in the troposphere will be integrated in a comprehensive analysis to observe the impact of the volcanic activity of the eruption of Mount Semeru from 2006 to 2021, especially the largest eruption in 2021. The data used for the three. These observations come from observations using a low-cost GNSS receiver that is being developed by the Institut Teknologi Sepuluh Nopember (ITS). To get the calculated value of the impact caused by the eruption of Mount Semeru, a spatial economic analysis of the impact of losses caused by the eruption needs to be carried out. This spatial economic analysis effort is important to be carried out as input for policy makers in restoring economic activity in the environment around Mount Semeru quickly and efficiently. The integration of several comprehensive analyses in the engineering and socio-economic fields is expected to be a supporting variable in developing an early warning system, especially for volcanic phenomena that often occur in Indonesia. This research also supports the achievement of the Sustainable Development Goals (SDGs) program on the 13th goal which intends to take immediate action in combating climate change and its impacts, especially the disaster aspect in the field of volcanic eruptions.

Mokhamad Nur Cahyadi completed his undergraduate education in 2004 at Geomatics Engineering Department, Sepuluh Nopember Institute of Technology (ITS) Indonesia. He continued his master's degree at Universitat Stuttgart Germany and graduated as MS in 2010. He then joined the research at Natural History Laboratory, Hokkaido University Japan. He received his PhD degree in 2014 at the same institution. His research fields are the development of Low-cost GNSS, analysis of ionospheric disturbances (TEC), and  atmospheric monitoring.